Are you wondering where you can buy CBD oil in Texas?

We’ve put together this resource to help you find the nearest Texas CBD store to you. In addition to searching for shops, you might also consider ordering CBD oil online, which can shipped to your home or business in Texas.

If you are trying to decide where to buy the best CBD Oil in Texas, you have come to the right place. CBD American Shaman Huntsville is also an online retail CBD Store that provides FREE shipping (orders $99 or more) to Texas. We service and supply all of the Texas cities including Huntsville, Madisonville, Arizona and the surrounding suburbs with proprietary, natural and organic, cannabidiol products.

Our diverse CBD product line caters to the most discriminating customers’ needs and includes the following line of products:

Why Should You Take CBD?

The effects of CBD are seen over time; it’s not something that works overnight. But research has indicated that there might be benefits to taking CBD. Some Texas residents believe that CBD oil makes them feel better and improves overall well-being, but there isn’t any concrete evidence of this yet.

Israel is leading the world right now in the study of Cannabinoid research particularly with full spectrum extracts. An interesting study was published out of the Lautenberg Center for General and Tumor Immunology in Jerusalem. The study examines the effectiveness of administering isolated cannabinoid extracts (a CBD-only formula) versus whole plant extracts (which contain the full range of the plant’s cannabinoid content).

The conclusion of the study was that the whole plant extract, which contained a large percentage of CBD but also contained traces of the other cannabinoids, proved far more effective than CBD-only solutions in alleviating inflammation and pain sensation. The study demonstrated that a whole plant extract, containing the entire range of cannabinoids present in raw cannabis, will continue to provide relief for inflammation to our Texas customers as the dose is increased.

Where To Buy CBD In Texas!

Where to get hemp CBD products near me in Texas is a question we receive a lot. To answer this, we are building a list of the best CBD American Shaman Texas retailers that sell hemp CBD oil products in the State of Texas.

Some of the local outlets are CBD stores that specialize in CBD along with retail stores that sell vape products, and also carry American Shaman CBD products. There are also pharmacies, supplement stores as well as Texas stores that carry CBD oil for pets. 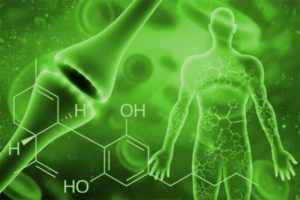 When you are searching for a reputable and high-quality CBD retailer, it is also important to ask about the 3rd party lab test results. Legitimate Texas CBD oil stores invest in these tests to gain the trust of customers. 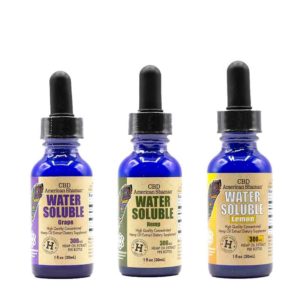 Texas has been facing different problems on where to actually purchase US Hemp Authority Certified CBD oil. Keep in mind that buying Texas CBD oil that is low quality will not improve your overall health and wellness.

It is generally regarded that the CBD stores in Texas might not sell the different products which can be derived from CBD. In most cases, the selection of products is quite low. Make sure you check the 3rd party lab test results before buying ANY CBD in Texas and only purchase CBD from stores that are actually US Hemp Authority Certified like CBD American Shaman of Huntsville.

How to make sure you’re buying quality Texas CBD:

How much CBD Oil should I take?

The amount of CBD Oil that people in Texas take on a daily basis can vary greatly. As with any dietary supplement, we recommend you consult with your health care practitioner as to what usage would work best for you. CBD can be ingested at any time on an empty or full stomach.

Is CBD Oil Legal In Texas?

In 2015, the act which is called HB1 was passed. The act allows Certain People To Use CBD Oil With A THC Concentration Which Is Not Higher Than 5%.

At the same time, the act specifies the group of people who can use CBD as an option for their medical condition. This group includes people with seizures. Sickle cell anemia sufferers can also use CBD oil.

CBD Oil is legal in Texas and will remain so until the law changes or Texas decides to regulate CBD at the state level.

Texas is one of those states that have confusing CBD laws. While it allows the use of CBD oils containing low THC, there are some things that you cannot do with CBD.

And the Department won’t change their stand regarding recreational and medical marijuana in Huntsville unless the FDA alters theirs. The Department of Agriculture and the rest of the people responsible for drafting laws involving Texas CBD oil use and hemp cultivation and processing are in the process of drafting better regulations and rules.

We use cookies to ensure that we give you the best experience on our website. If you continue to use this site we will assume that you are happy with it. Ok